Our Experience: The Hike to Chisapani 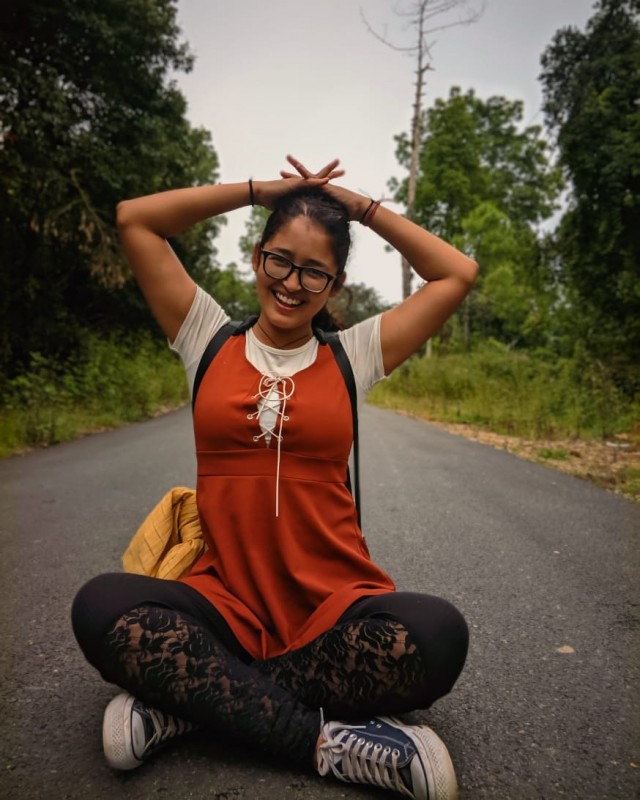 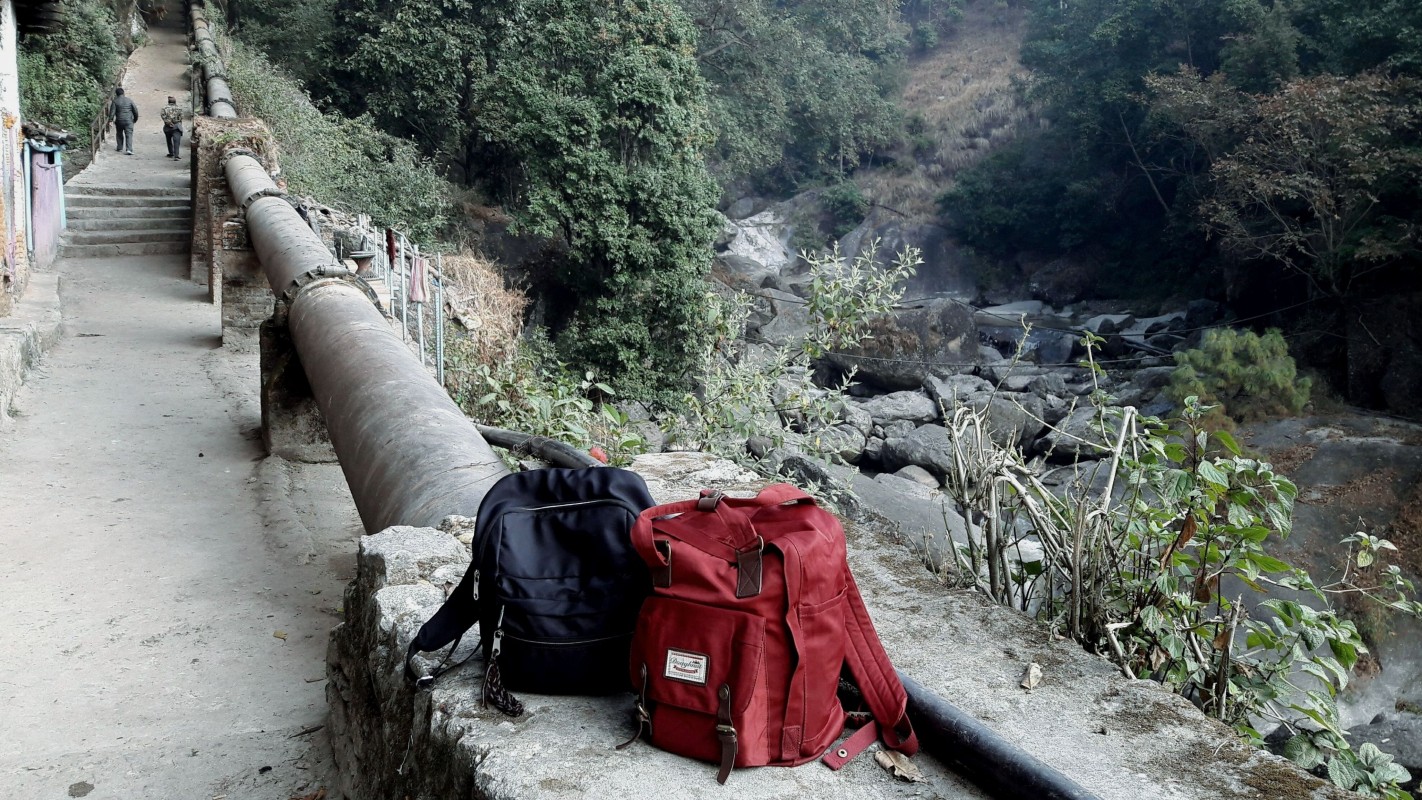 The distance from Sundarijal to Chisapani is roughly 6.5 km. One would think that wouldn’t be so bad. Well, a naïve person (me) would think so anyway. The thing is that it is an uphill route and one would also need to return. So the total would be 13 km. But that day I was a person with a bruised ego. So I with a friend of mine hiked to Chisapani and then returned in 11 hours. Let me start from the beginning.

I and My girlfriends at college had planned for a hike, to Chisapani on one weekend of Mangsir 2075. We were a total of 9 girls. I personally was really excited. I had always been interested in hiking but had never gotten a chance to do so. It would have been impossible in plus two with Science homework and readings and I never had the company of those who loved Hiking before. But what do you know, the night before the hike, slowly everyone started to cancel on us. The only people left were me and a friend of mine, Sunita. I was starting to lose hope but I was angry too, at my friend's. I didn’t want to postpone this hike for them. If they didn’t want to go, then fine. We would go by ourselves. Luckily Sunita thought the same. So we discussed the time to meet and the stuff to bring. I went to bed that night with a strong determination.

I live in Sundarijal and my friend lives in Kapan. Early in the morning, we met at my house, had breakfast, and started our hike at 7. We each had warm clothes and comfortable shoes on. We had taken boiled egg, two bottles of water, jam bread, 4 biscuits, halwa, and chana with us. We planned on buying more on the way. The route to Mulkharka was familiar to me.

It was just an hour to the hike and we were starting to get tired and hungry. We asked a local there how long it would take to reach Chisapani. It was such a naive question that I laugh out loud whenever I think of it now. The local had told us: 4 hours.

We stayed near a tower, ate halwa, and walked again. I can still remember how our speed had decreased. There we were, two naive 18-year-old girls, walking in an empty jungle by ourselves. Well, not exactly empty, considering there were of course animals present. My friend was scared of the animals during the hike. I was scared of social animals. Those days, News of Nirmala Pant was everywhere. It was a sad reality. And I didn’t want there to be news of two girls’ bodies found dead on the way to Chisapani. So yeah, I was afraid.

Maybe God didn’t want us to walk such a beautiful hike in fear. So like a God sent a gift, we met two other hikers a little after Mulkharka. They were also going to Chisapani. Our luck had improved. We, four, joined forces and headed to Chisapani together. It was one of the hardest things I had ever done. All those steps, they were killing my legs. I would be the slowest to walk in our group. My heart was beating like it was on a race of its own. I was starting to wonder why I had insisted on doing this hike.

We shared our food and shared our experiences. The two fellow hikers were job holders and they were sharing their job experiences with us too. I and Sunita were in awe. We couldn’t wait to finish our studies, get a job, and start earning money. Then, we could go wherever we wanted, whenever we wanted. Our experiences wouldn’t just be of one-day hikes but of several days trek. You see, we were just students. We had no job. We had to depend on our parents for our pocket money. We didn’t have a bike or scooter. We needed to take a bus to go from one place to another. So it was difficult to plan to go to places that were too far. Even on that hike, we had to return to Bus park on time for my friend to be able to catch the last bus for her to reach home. We girls weren’t allowed to spend a night at our friend’s.

That became a major thing to worry about on our hike. It was already 1 and we had still not reached our destination. Some of the returning hikers would tell us that Chisapani was just half an hour away and others would say we still had an hour of a walk ahead of us. Several times Sunita would suggest we return or else she wouldn’t be able to get home and she would get in trouble with her parents. But I insisted on continuing our hike.

Craving for Peace? Read this out!

Finally, we reached our destination. Oh, the joy. I was so proud of us. Unfortunately, it was a cloudy day so we couldn’t see many views but we didn’t let it affect us. We parted ways with two hikers and rested a while. We noticed the ruins of houses that were the result of the earthquake of 2012. We didn’t even enter any hotel for snacks. Our food was finished. We just had biscuits left. We had to return on our own. But again, like a scene from a movie, we found our saviors. There was a married couple returning too. We decided to return together. We took a different route from the one we had taken while getting to Chisapani.

It was a challenging thing. I was mesmerized by the beauty of the jungle but also tired like never before. My body was begging me to stop walking altogether. I was starting to dream of sleeping for a whole day. But we had to get down on time. I got so weak that I stopped speaking. We listened to the couple’s hike experiences and vowed to only marry the guy that was as keen on the hike as we were, if not more. The couple was telling us about their plan to go to ABC and we could only dream.

Read This for Tips to Live a Healthier Life

We used Google maps and also asked locals for shortcuts. We even saw people fishing in the river. Then we reached Mulkharka. I don’t remember how much time it took to reach there but for me then, it had taken an eternity. We decided to eat something before resuming our walk. I had noodles. That could have been the tastiest noodles I had ever had. It felt like someone breathed life back on my body. We were so energized with the snacks that we got to Bus Park in half an hour. That was really impressive. We had reached Bus Park at 6. My friend and I parted ways. That was the end of our Chisapani hike.

I am never going to forget that hike. How lucky we were, how tired we got but mostly, how we did it. It was as if I had passed a test of life. I noticed my confidence grow. I learned how we can achieve things if we just try enough. Life caught up and we only went to a couple more hikes within these 2 years but I will always remember that night when I was checking the photos we had clicked that day and proudly posting it on social media, that I first realized that I had a hiker in me.

I would like to leave with some suggestions for all the girls like me that have been planning on going on a hike. First and foremost, it is a mental thing. If you are mentally prepared for it, you can do it. Next, carry some cash with you and pack good foods. Let your parents and friends know where you are going for the hike. If you are a beginner, start small. Pick the route that is a couple of hours long.

Have a look at some Eye-Pleasing Captures!

Always remember It's One Step At A Time. 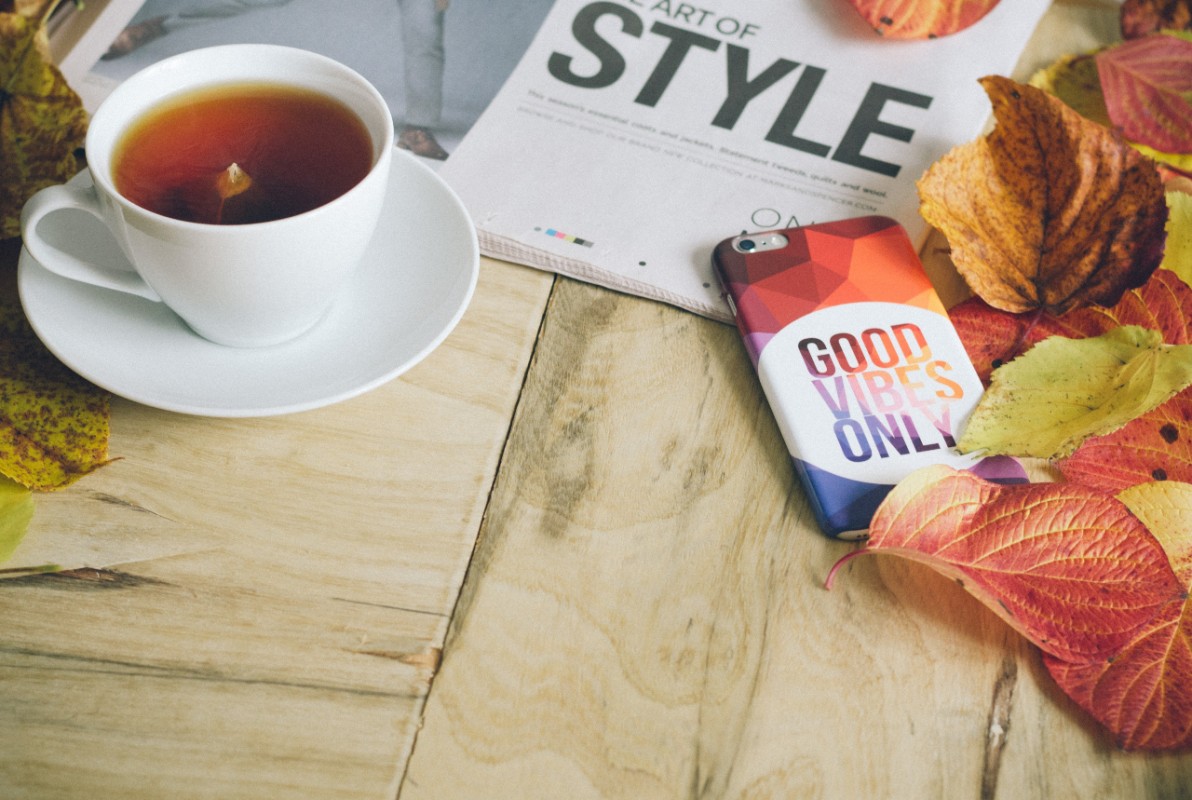 LET’S SPICE UP OUR TEA 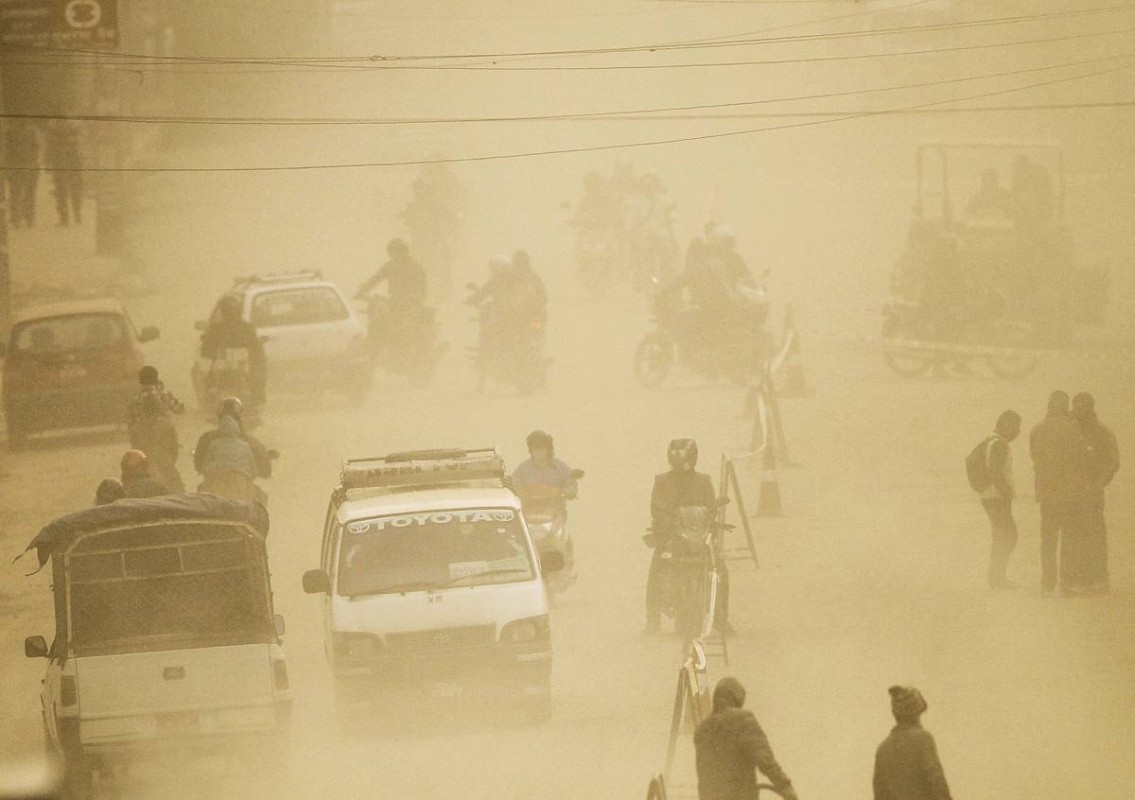 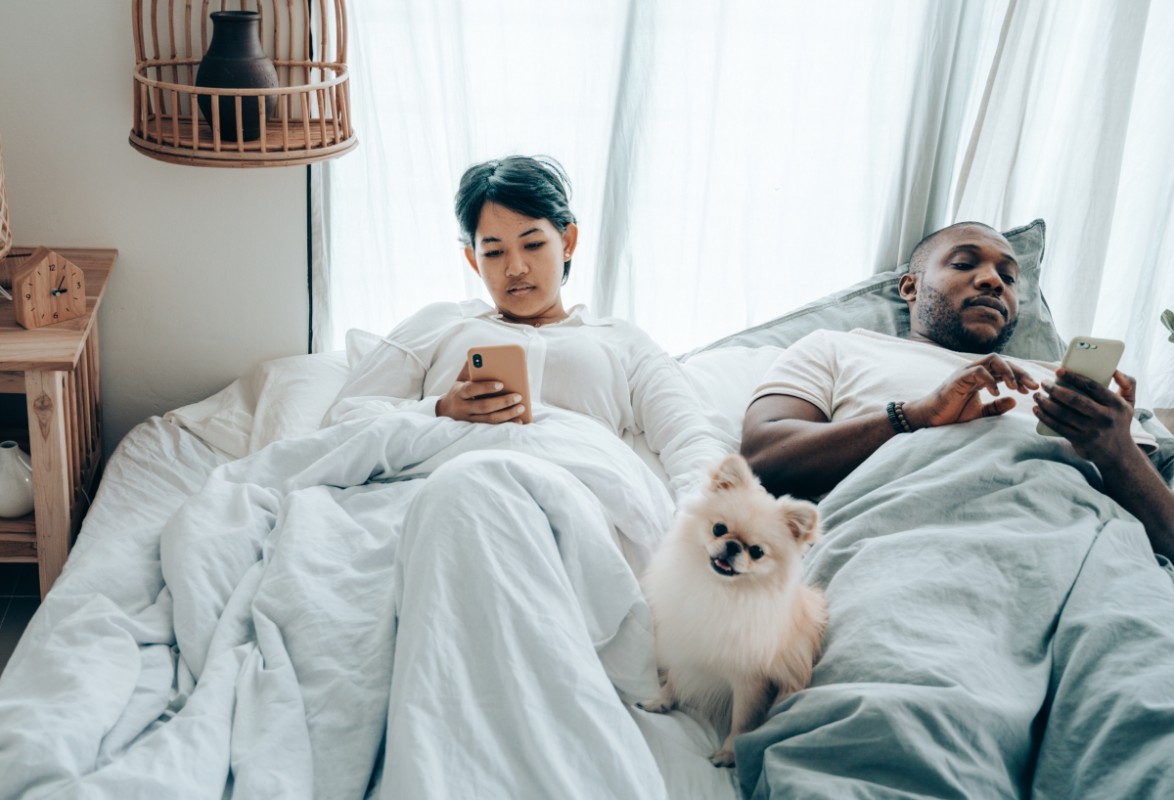 Stop being Online Immediately after Waking Up! 4 Reasons Why!! 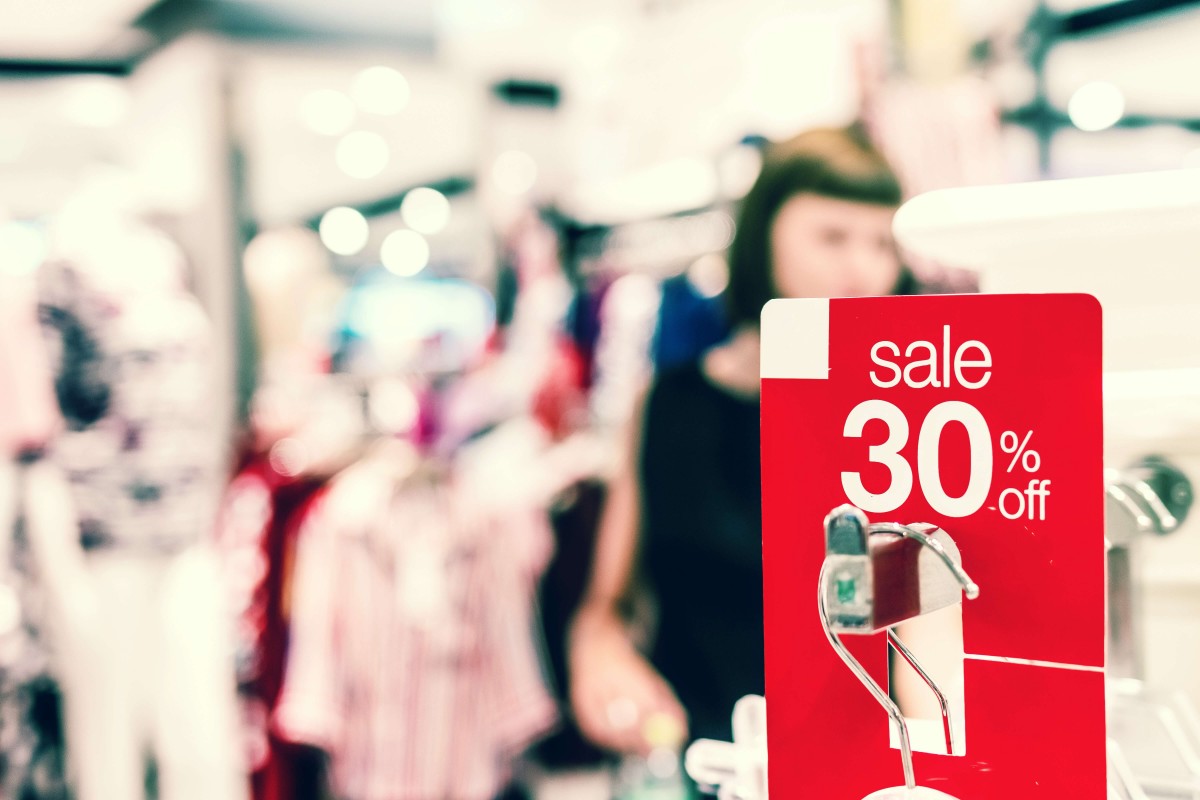 Are You Broke by the End of Every Month ? 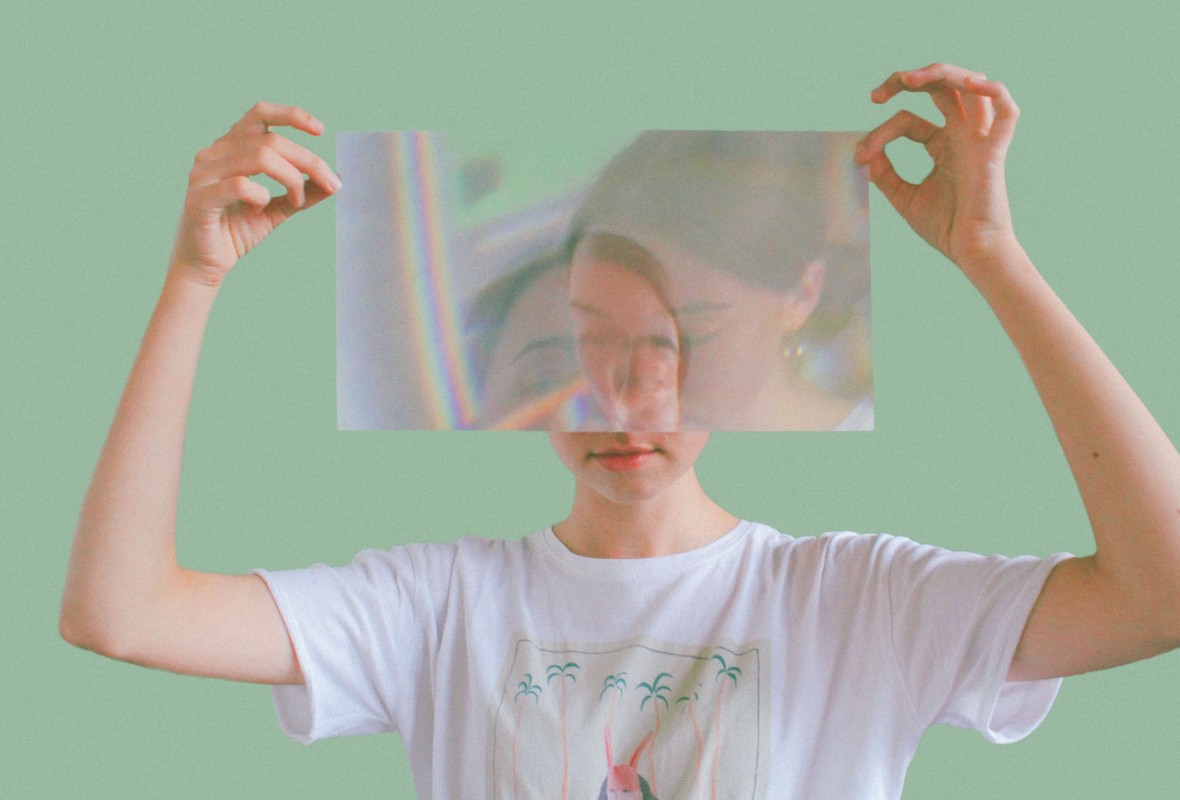 The Effects of Lockdown in your High-flying Action Life